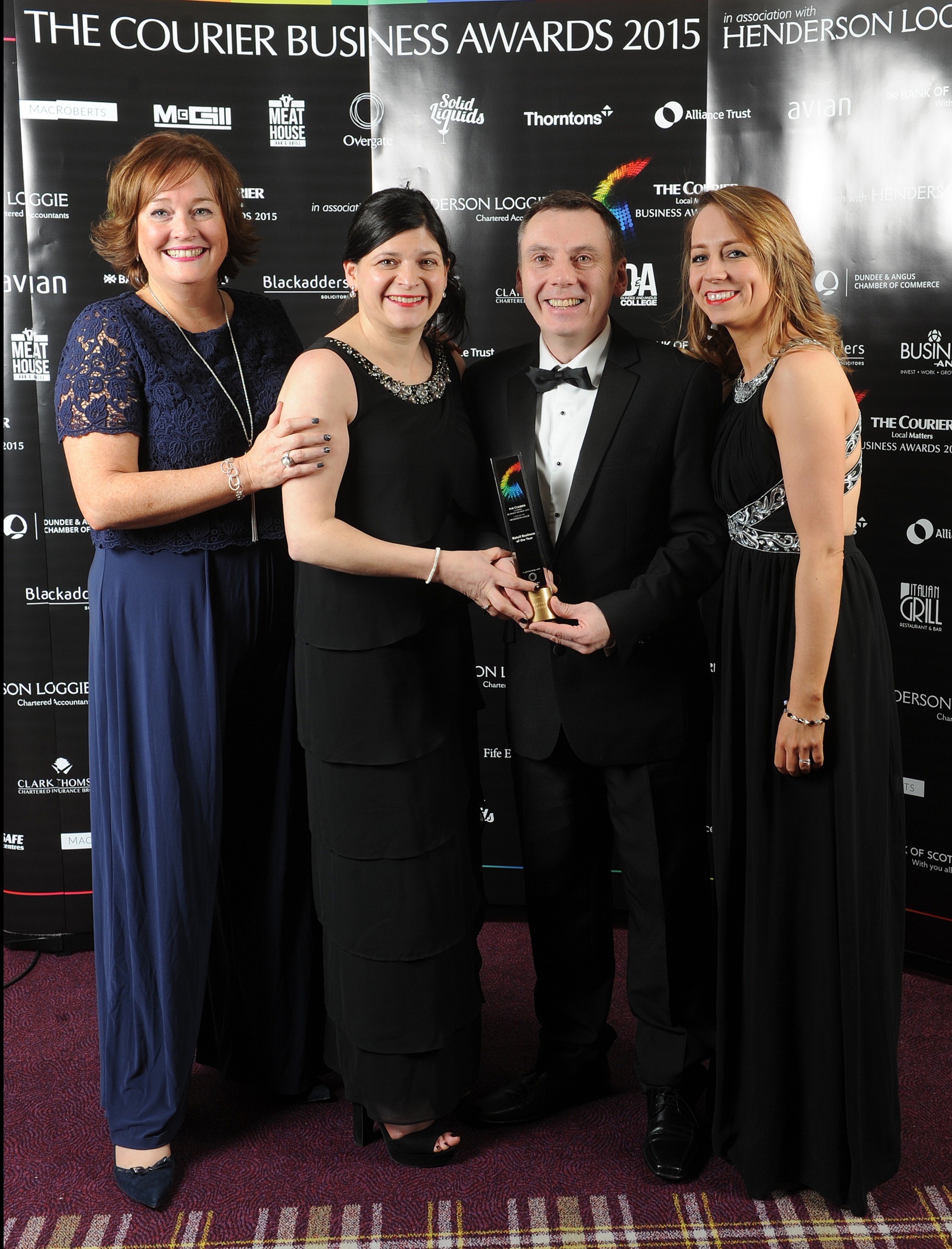 The reputation of the best ice-cream shop in Scotland has been frozen with news of a prestigious business award.

Jannettas Gelateria, which has been operating from its original St Andrews site since 1908, has been officially named Retail Business of the Year in The Courier Business Awards, for the second year running!  Jannettas also has a Gelateria in Perth.

The award comes hot on the heels of Jannettas’ Barista Mark Edwards being hailed the ‘Best Barista in Scotland’ at the Scottish Italian Awards.

Owen and Nicola Hazel were presented with their award, alongside Business Development Manager Charmaine Duthie and Cafeteria Manager Barbie Murray, at a glittering ceremony at Fairmont, St Andrews on Friday 27 November 2015, attended by almost 600 industry leaders from throughout east central Scotland.

Collectively, Owen and Nicola commented, “We are absolutely thrilled to receive this award for the second year running.  With our recent refurbishment, it’s been an exceptionally busy year for Jannettas and it’s a real credit to our team of staff that they have not only managed to keep things running like clockwork, but also worked to a level that has secured us yet another award.  Of course, we also give thanks to our loyal and wonderful customer base.   This award is not just for us, but every single member of our team and those who visit us every day, week and month of the year!” 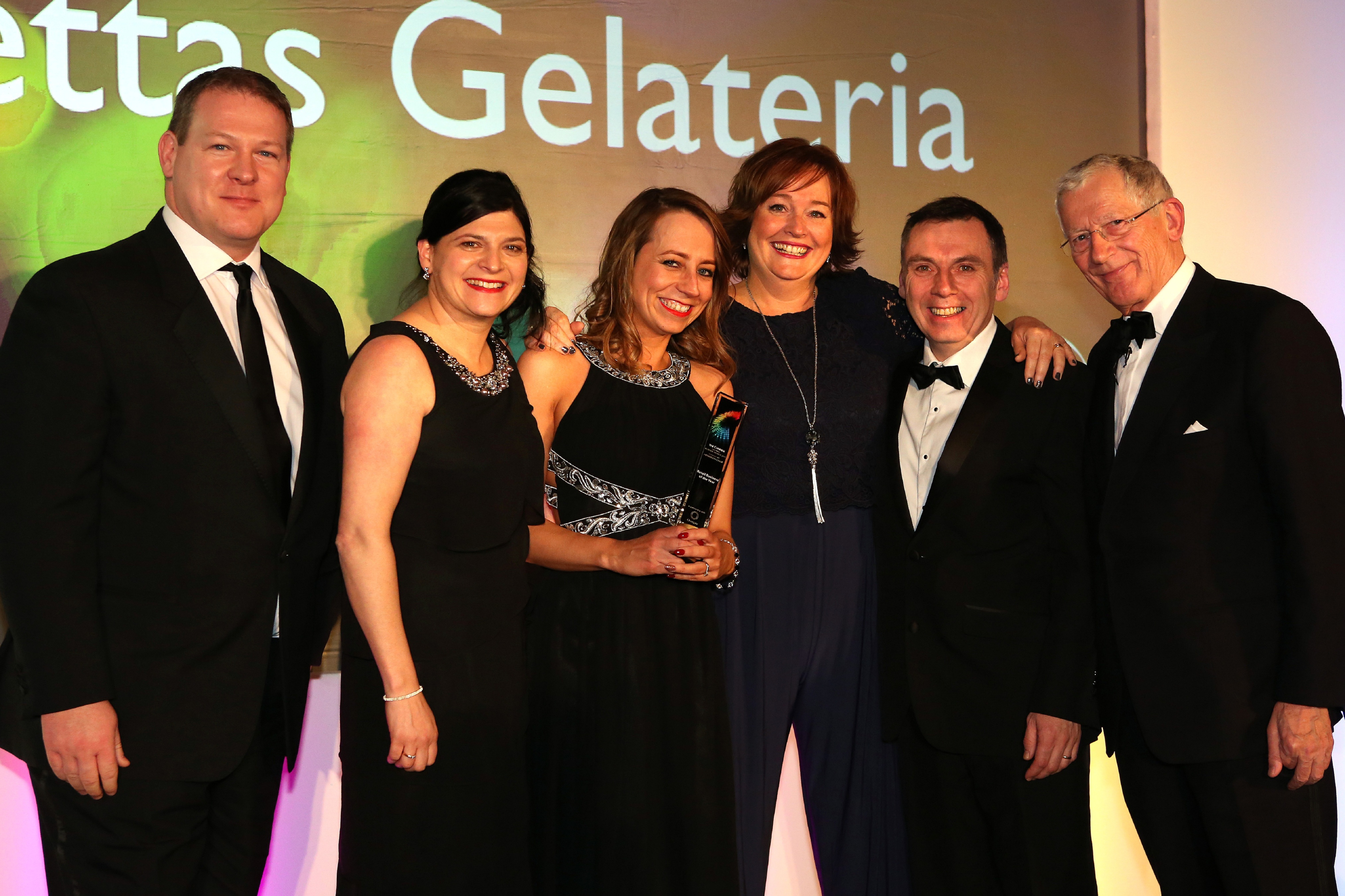 Jannettas is open between 9am and 10pm, seven days a week – www.jannettas.co.uk.