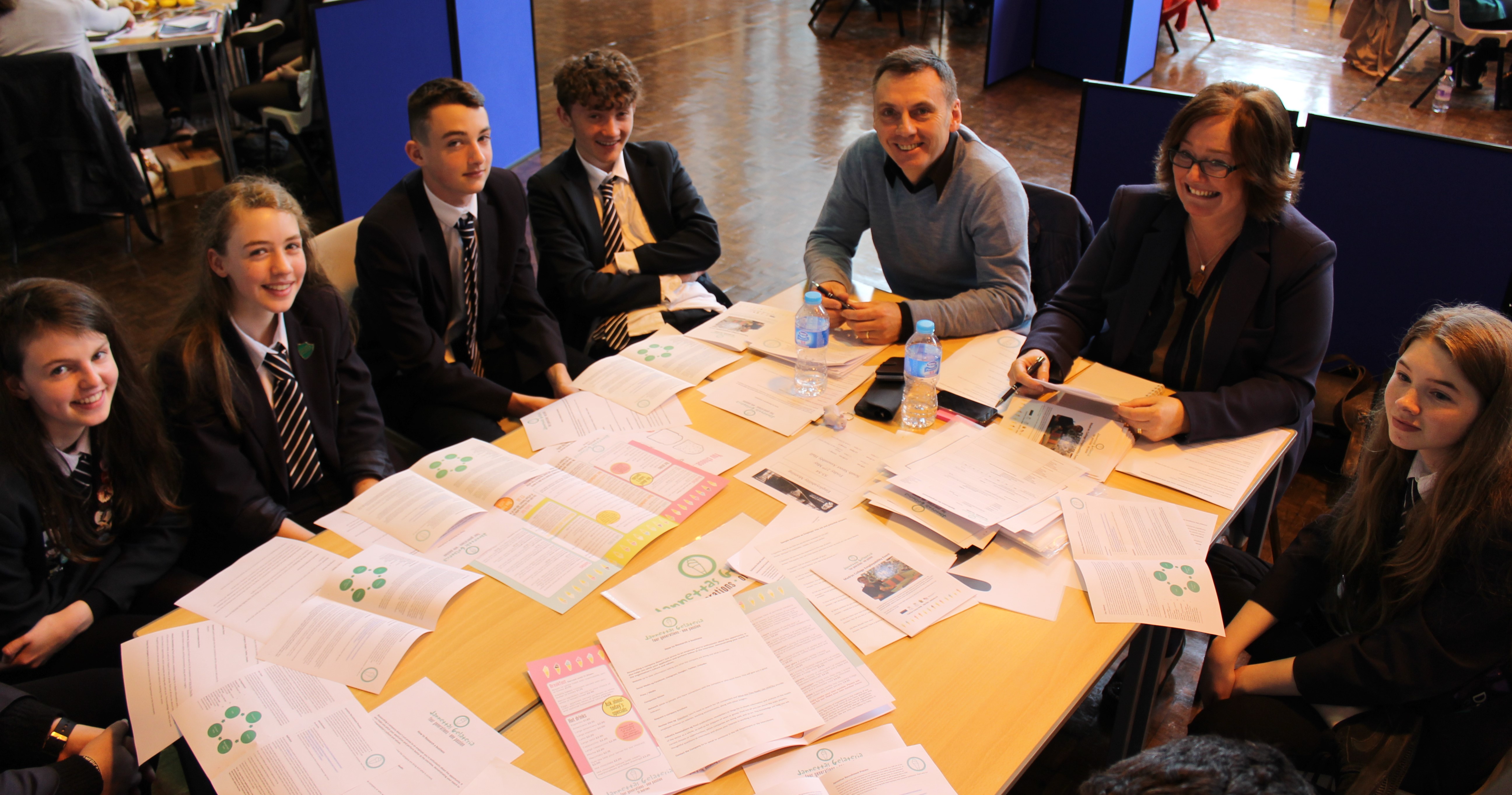 This week, as part of the S3 transition to South Street, all pupils in the current Third Year were given the opportunity to take part in a morning workshop run by local businesses such as Thorntons Property and Hardies Quantity Surveyors and ourselves Jannetta’s Gelateria.  Representatives from local Universities were also in attendance. After a short presentation by Mr Darge, Depute Rector, pupils were divided into groups, led by a member of a local business.  In the groups, pupils were given information about the business itself and then encouraged to ask questions.  In addition, they participated in a range of group tasks, designed to develop their interpersonal skills.

The pupils said that they day had a very positive impact and that they were looking forward to beginning their time at South Street.  The Employers commented very favourably upon the Madras pupils.  Gary Ovenstone, Partner at Hardies and ex pupil of Madras, said “the time spent with the kids was really worthwhile.  I was encouraged by the overall level of engagement and particularly impressed at the politeness and smart appearance of the pupils.” and we couldn’t agree more.  We look forward to continued links with Madras College and other local partners and to the continued development of the pupils’ employability skills because as Charmaine Duthie, Business Development Manager at Jannettas Gelateria, said “ultimately these pupils are our future, it’s important therefore that we invest time and effort in supporting and helping the pupils and team at Madras in any way we can”.